I must tell you.......IF you decide to buy new carpeting, be prepared to also buy yourself a new vacuum cleaner.  YES, you read that right!!  When we built this house 27 years ago, we had a central vacuum system installed and all these years it has been wonderful for both our hard surface floors and carpeting.........EXCEPT NOW!  Now, using the power head we've used for years, it shuts off immediately when (if) you can push it on the new carpeting.  I called my carpet store and they told me that the carpeting of today is so much softer and thicker than in years past, that each carpet manufacturer has it's favorite vacuum to use on their carpeting.  How do you like that??  Ours likes Oreck.....so I go on Amazon and find the model they suggested and it's not too bad at $199.99 so I told hubby and he told me not to buy it until he checked with the central vac people......so eventually that happens and guess what?  Now the price is $399.99 for the Oreck.  This keeps getting better and better, huh???!!  So, hubs goes to the local Oreck dealership and ta-da....they have a deal going on for a measly $299.99........so he bought it.  Now, that's not the only problem.  Hubs thought he was in the $$$, I think, because he also bought himself a new Apple computer this week.  Now, I've been using a Mac laptop for years, but he was a Microsoft guy from way back......NOW though he thinks he's an Apple genius or something so he decides (out of the blue) to install a new system on my laptop last night without my knowledge and now I can't get e-mail, my bookmarks are gone, I don't know how to put the dumb thing to sleep anymore.......and I could go on!!!!  MEN!!! Needless to say, I'm not happy!!

Here are the envelopes from the past two weeks.  I've put the envelopes for my granddaughter on hold for now since she informed me that she doesn't like easy chapter books yet.  I figure I can resume when she decides she likes them.  Why waste my $$ when she can't appreciate them yet anyway. 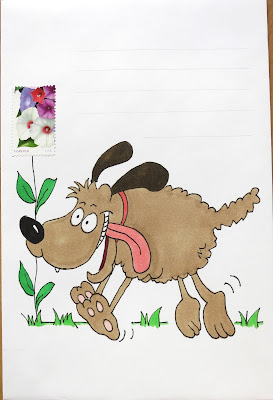 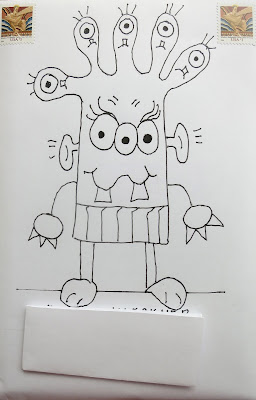 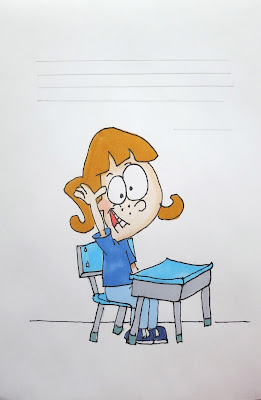 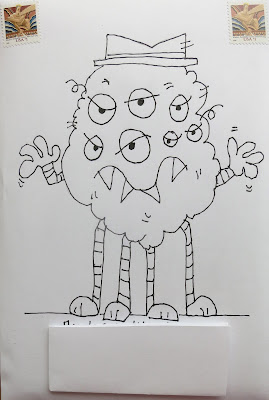 I'm still knitting.  Finished this pair this week and they're still drying after a nice soak. 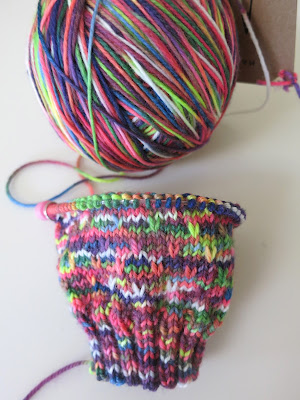 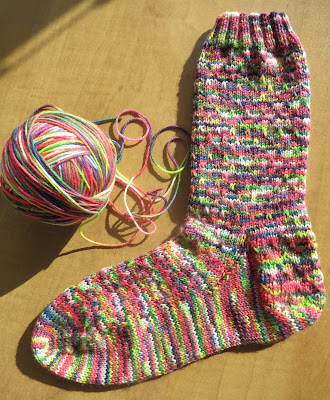 And started this pair: 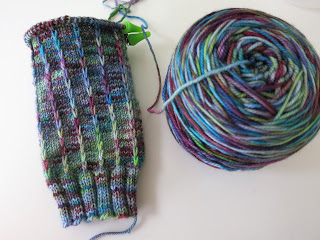 Enjoy your week and your weather!  It's getting really chilly here.  We're supposed to have frost tonight.  I went to Kohl's this morning and bought a pair of cuddle duds for myself.  I've never used them before, but lately I've been cold already so I figure they can't hurt.  Until next week......
Posted by carol at 11:09 AM 3 comments:

It's really getting chilly here.  All day the high has only been 50 degrees.  I've been in the house with long sleeves, socks, jeans and a hoodie.  I refuse to turn on the furnace yet.  Crazy, I know!  Believe me, it will happen soon enough!

Here are the envelopes I sent out this week to my sweeties. 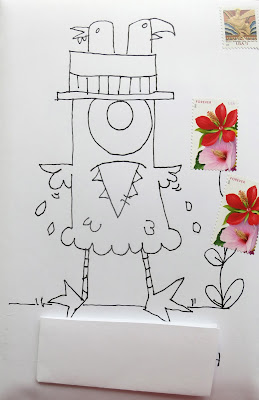 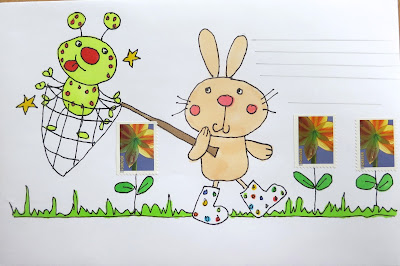 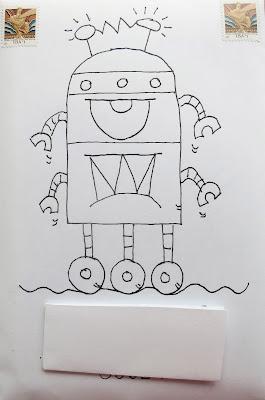 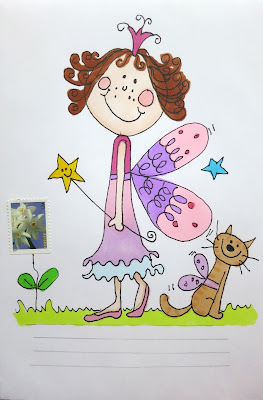 And then, I started a new pair of socks almost two weeks ago and thankfully, they're done now.  I used the pattern, "Hermione's Everyday Socks" with Manos Del Uruguay yarn - Alegria in the "Pindo 8855" color way with size #1 needles.  My daughter will be thrilled!  She claimed the yarn for herself right after I bought it. 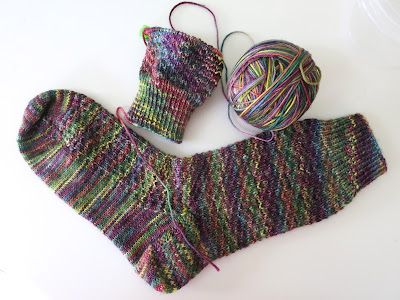 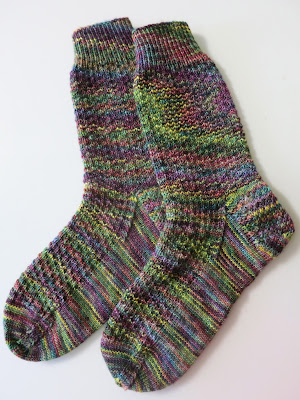 Then, my sister visited on Tuesday and brought me a lovely present that she got at a fiber show…..isn't it so pretty?  Now, to decide what to make with it….. 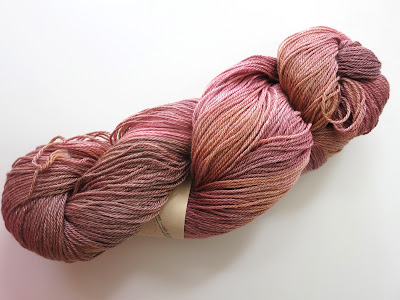 And that's the news……not much, but boring is good!  I hope you all have a pleasant and fun week.  Until next time……….
Posted by carol at 4:18 PM No comments: