Not much has changed

Bet you thought I died, huh?  Nope!  Not yet, although I think that every time I go to a new doctor, things get worse.  The last time I wrote, I was going to see a cardiologist because of my leg swelling....and, because of an ECHO test I had in January.  Apparently there was an issue that needed addressing, but my family doctor told me it wasn't "dire" so no need to worry..........????  Not so much!  I had a cardiac catheterization last Thursday and they discovered that I need a new heart valve within 18 months.  Isn't that just ducky?  That's open heart surgery, my friends.......I didn't know that at first and now, that's all I can think about.  Financially, I should have it done this year since we've already met our maximum insurance "out of pocket" expenses, but I have something else in the works and hate to be laid up again if this new situation works.

This past February, my neurologist suggested I see another specialist that deals with nerve/muscle issues only.  We called her, but couldn't get until August.  They suggested we see her associate, so we made an appointment with him and it was last week.  He did the normal nerve tests in the office and afterwards asked if anyone ever suggested steroids.  Apparently, they give you infusion steroids for 3-5 days and then once a week for two months and you improve.  This guy claims that once I start, I should be walking in a week and a half.  He thinks I have an autoimmune disease where my body is just full of inflammation.  Who knew??  Anyway, he was going on spring break with his family and will return April 7th and I have already done all the tests I needed prior to the steroid treatments, so I will let you know.  At least it's some "HOPE" for now.  I cried when I left the office I was so happy.  Keep your fingers crossed!  Please??

In the meantime, I need to show you two things.  First, the sticky buns I made for my family for Easter: 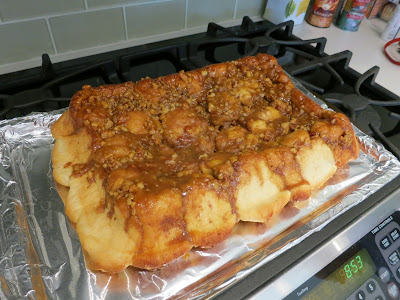 And then, the socks I have been knitting forever.  I really should get going on them, I suppose. 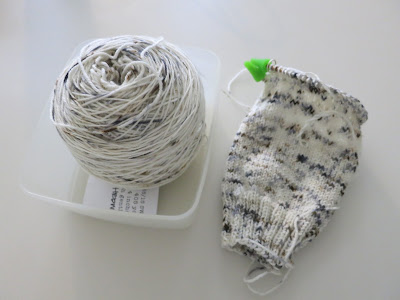 So, that's the news with me.  Hope all of you are well, or getting better.  These mystery illnesses are no fun and from what I've been reading from some of you, you aren't having a ball with life either.  I wish you well.  I swear that IF I ever get back to normal again, I never will take the small stuff for granted ever again!  Just driving my car again would be a joy, or getting in my 6 ft. bathtub, or even walking to the mailbox.  For those of you who can do all of those things - - - you are blessed!!  Think about it!!

So, until next time.  Be well and appreciate God's gifts.
Posted by carol at 6:35 AM 18 comments:

I wish I could give you some positive news, but that will have to wait for another day, if ever.  I am going to a Cardiologist on Friday, so maybe he will have some answers, although no one thinks this is a heart issue except for my legs and feet being swollen all the time.  Thanks for all your input.  You have no idea how comforting your comments were and how much I learned from some of your own ailments.  I had no idea how many of you have issues that are mysteries.  Seems to me that years ago, doctors were a bit brighter!

How do you like my birthday orchid?  Now, if I can keep it alive, it'll be a miracle.  My daughter walked in with it on Sunday and I was blown away. 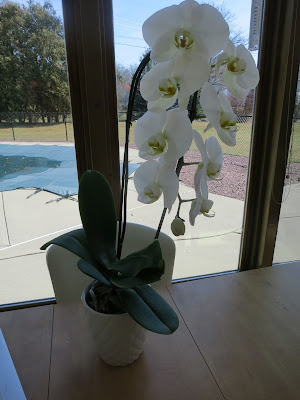 And this was a few weeks ago when I needed to address and stamp envelopes plus stuff the envelopes.  Too bad my granddaughter doesn't like chapter books yet.  Of course, sometimes I think she's a little snot anyway because her mother doesn't even encourage her........you can tell who runs that household!! 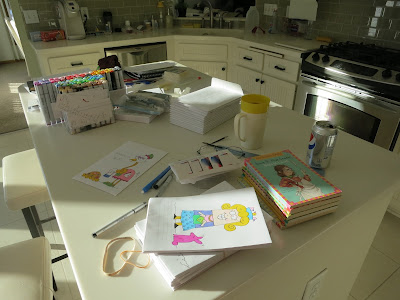 And here is the basket that my friend made for me.  My yarn looks perfect in it on the dining room table. 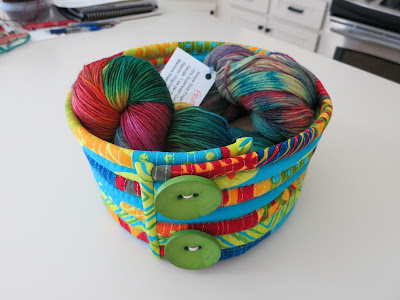 I did finish a pair of socks (finally).  It's just a plain pair, but I needed to get in the grove first.  It's been months since I've knit. 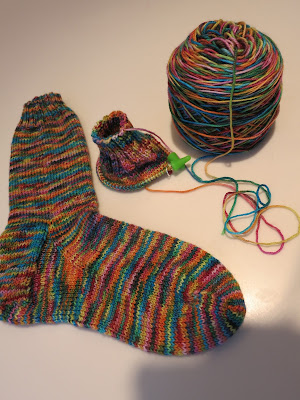 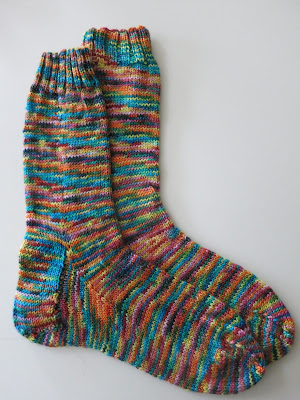 And, of course, I did send out some envelopes, although who knows if my granddaughter even got them?  Not much gratitude in that family, unfortunately! 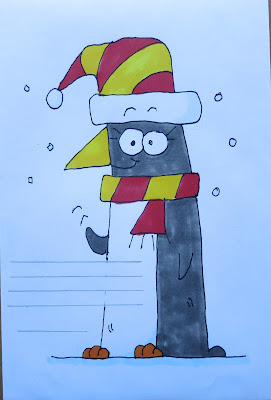 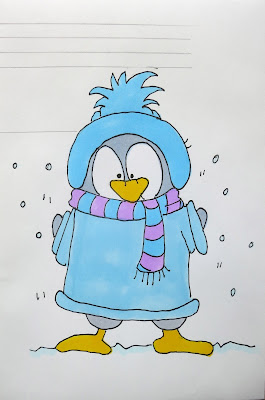 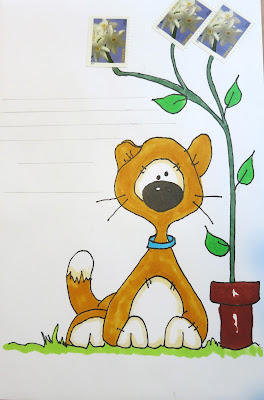 And last but not least, here is a picture of my husband with my friend's 7 week old litter of 5 Havenese puppies.  She came over Monday for a nice visit.  I think my husband would have kept all 5 if I would have given the word.  Toby wasn't too happy.  He sat on my friend's lap the whole time she was here. 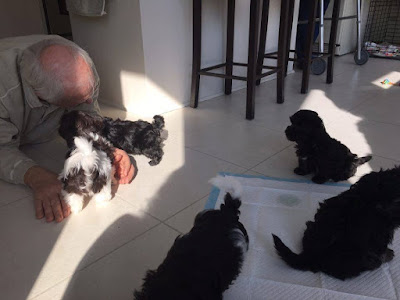 So, until next time, I hope you are all doing well and having some fun.  I continue to visit doctors and have therapists come in the house. Yippee!  Hey, at least I can knit again.  That's a plus!
Posted by carol at 6:58 AM 18 comments: