Sometimes, you find the coolest stuff……...

I'm telling you, I wish I had a cottage on a lake if only for this picture (which I stole off of Facebook…shame on me!!!)   I would make one of these in an instant!!!  That metal tub is supposed to be used to build an outdoor fish pond, but instead, this inventive person put in a bunch of lawn chairs, a table with an umbrella, and a trolling motor and took it for a leisurely boat ride.  How fun is that???  Just imagine all the fun comments you would get from other boaters.  It makes me smile just thinking about it!! 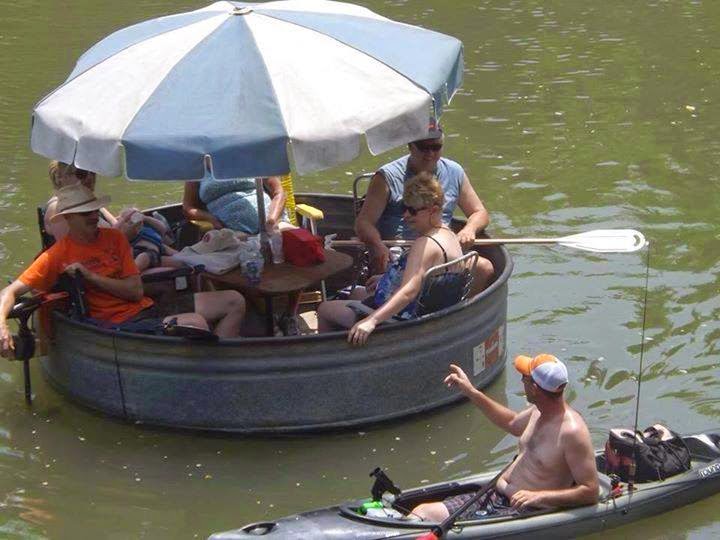 I did send out two envelopes this week, but the other one was again a duplicate which I had posted some time ago.  Not to bore you, I only posted the new one! 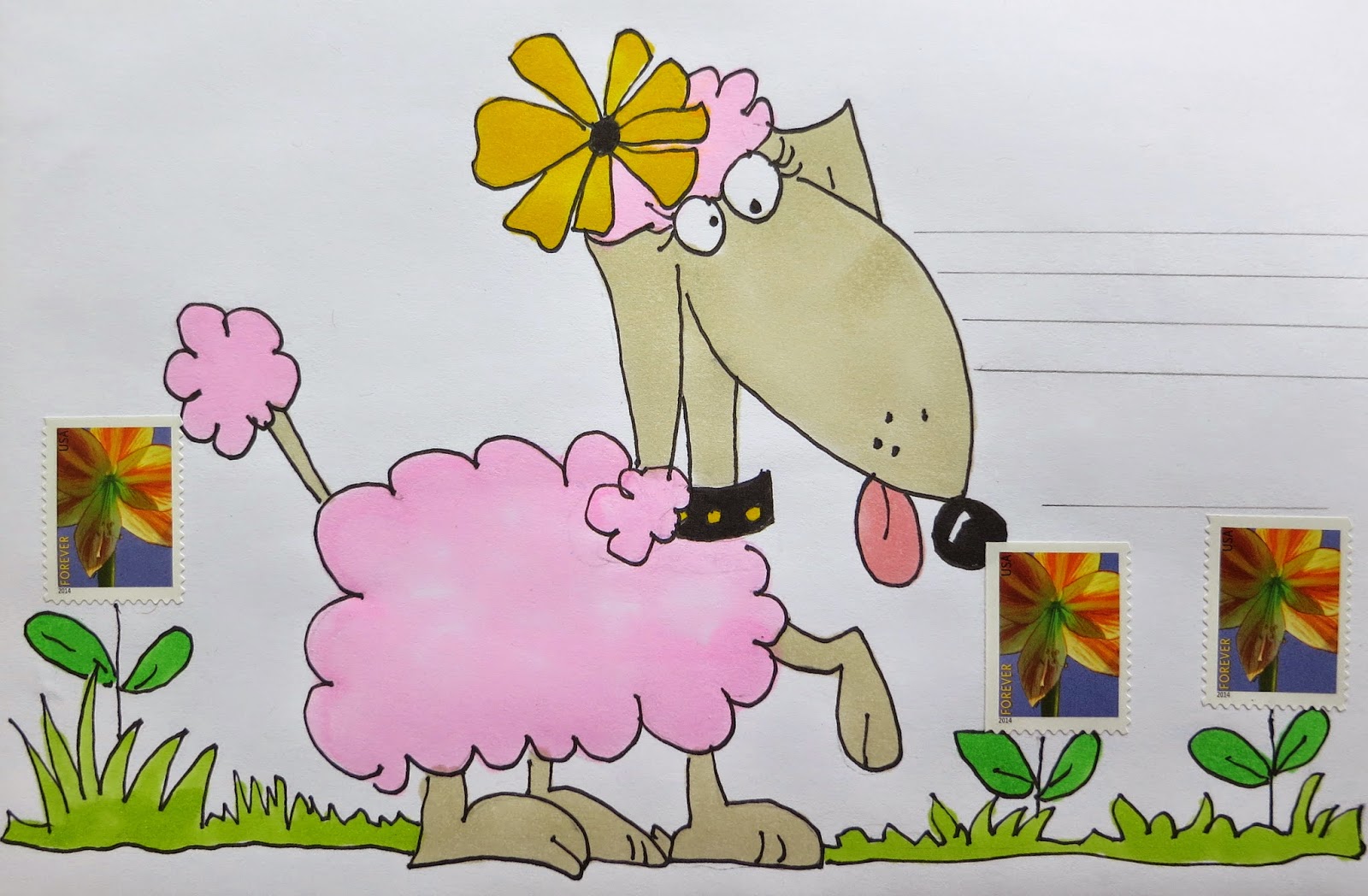 It's been a slow week in the reading department too, I'm sorry to say.  We're having our annual family swimming pool party here tomorrow, so I have been concentrating on that…cleaning the house, planning, etc.  You know how it goes!  I did read these though:

I did start another book, but gave up on it after 80 pages and can't even remember the name of it now.  As far as the above list, the 1st book was the best.  Similar to A MAN CALLED OVE from last week, but not as funny.  It's an older book and the reason I read it now is because I heard that there will be a sequel to it being released in December called, THE ROSIE EFFECT.  #2 was good too, and if I hadn't read #1, would have taken the number one spot for the week.  It was about a 72 year old man and his wife who get swindled by a crooked moving company…..and who go after their stuff.  Very good!

So, that's it for this week.  Still no sewing….sorry to say!  Next week I have to color some envelopes for my girls.  I'm running low.  lol

Pray for sun for our party tomorrow please.  15 people in the house in swimming suits would not be pretty!  Have a fun week, my friends and stay well!
Posted by carol at 5:54 AM

hahaha...what crazy fun that fish pond boat looks like it would! The cocktails are missing. At first I thought it was some kind of cattle feeder.

I don't know how that tank stays afloat! One day you'll be back to sewing. Have a great time swimming, It's too hot to go outside at my house. Wish I could send some your way. only 103 predicted today. sigh..

The Rosie Project is on my "to read" list. Glad to know you liked it

How does that tub float?!! Love your envelopes...each week. Creative Bliss...